In the last post we looked at the beginnings of a reusable truck chassic and I showed how it can easily be extended or shortened to build different variations. Next up: fire trucks! 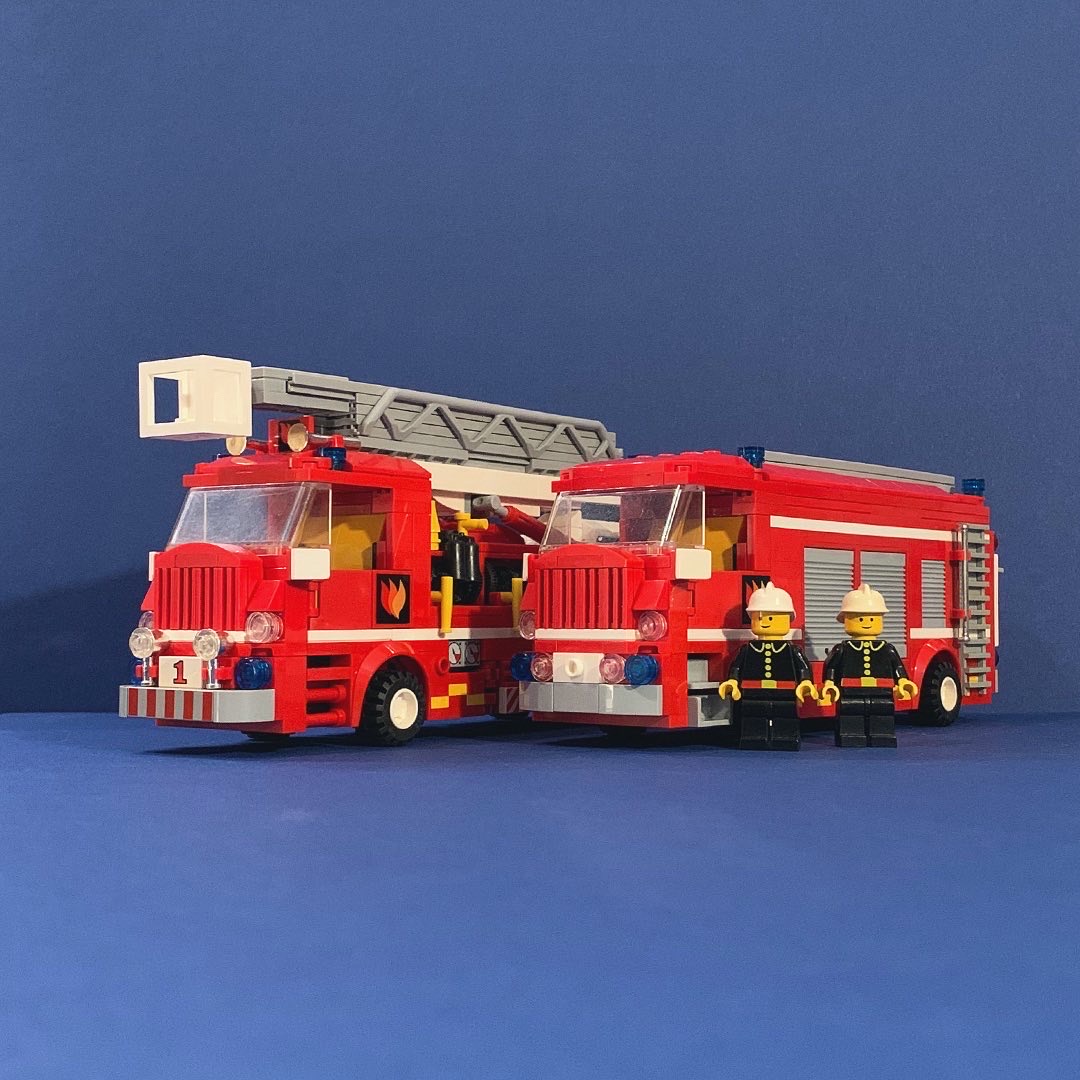 One of my favourite models as a kid was the 6593 Blaze Battler – I have a vague memory of building it one christmas at an aunt’s house. As often as I’d rebuild it, it was my only set with a ladder in so it never stayed in one piece very long.

So that was a decent jumping off point for a fire engine based on the truck chassis First however I needed to rework the cab layout, which would give me a few extra studs’ room on the back and also give the front end a beefier look. 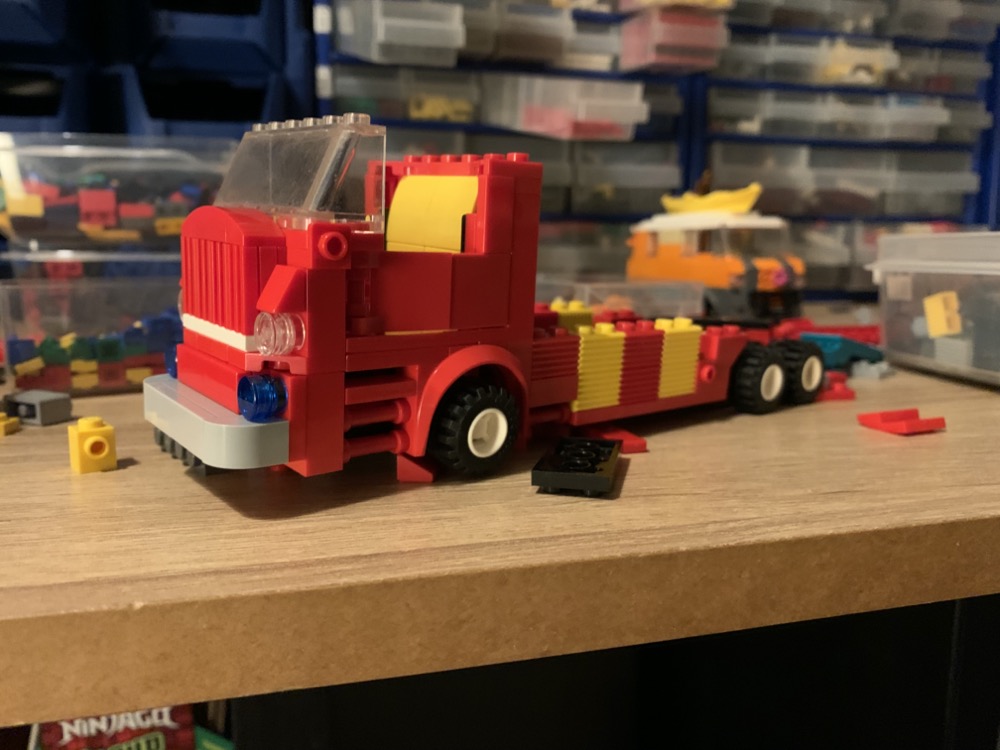 First iteration of the fire truck design, mainly to try and get the cab layout right

Once I had the cab nailed, the rest was a really fun build. There’s a few nods to the original 6593 set but it kinda took on a life of its own. I did think about adding the pump trailer and may still do that further down the line. 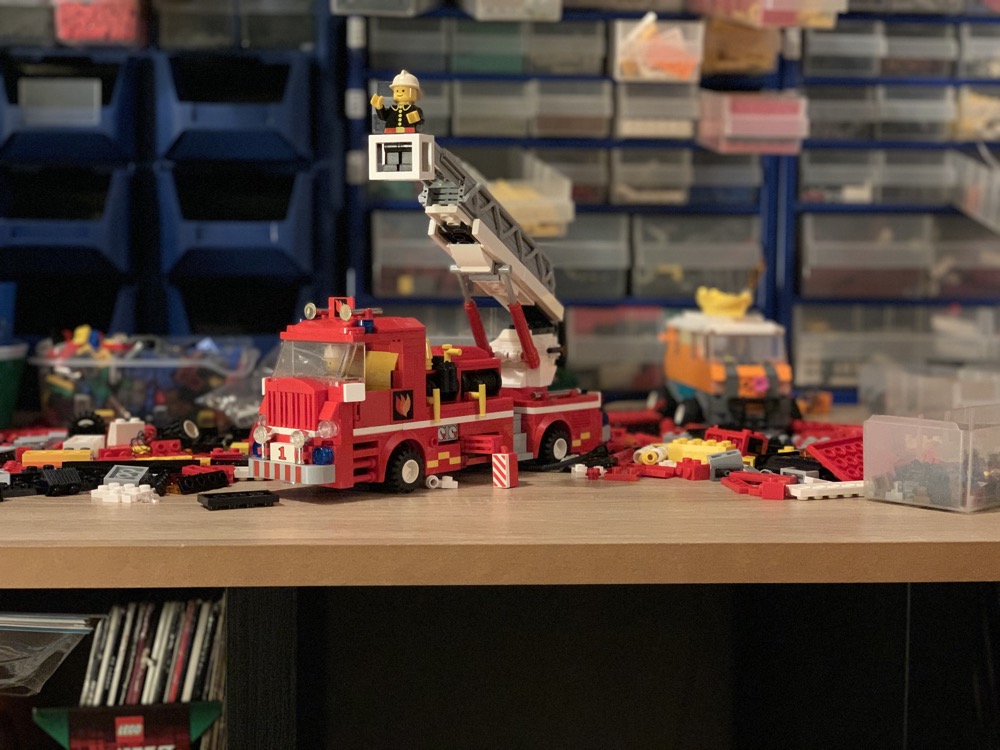 With the ladder truck done, time to move onto a tender engine. I had to wait for the red lifting frames to be delivered and I wasn’t totally sure they’d work, but once they were in it was an obvious choice. Since discovering steering wheels can be removed from their columns with a bit of force, I’ve used them pretty liberally on various models as the alternatve “proper” wheel/handle element is just a bit too big for a lot of applications. 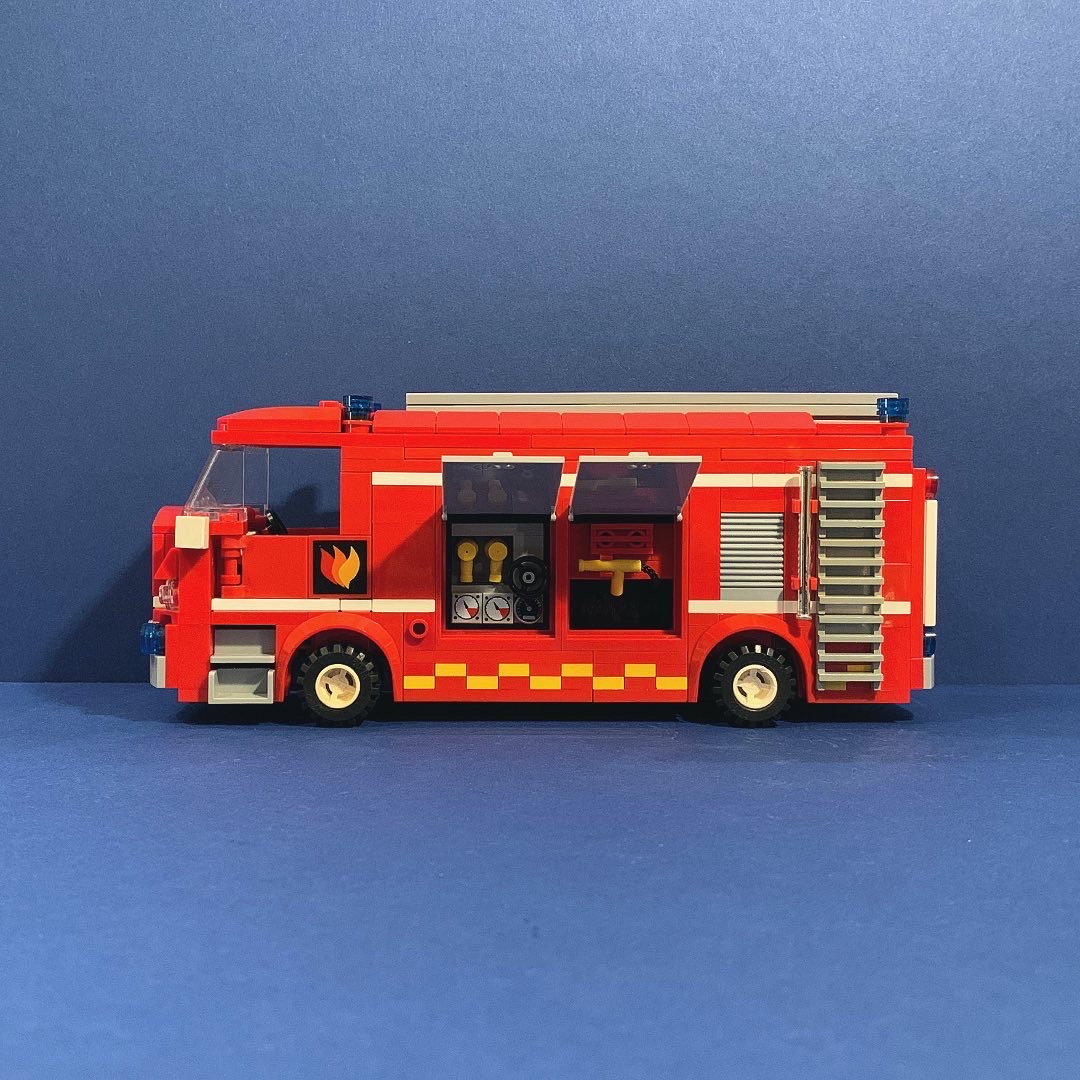 Details on the tender engine 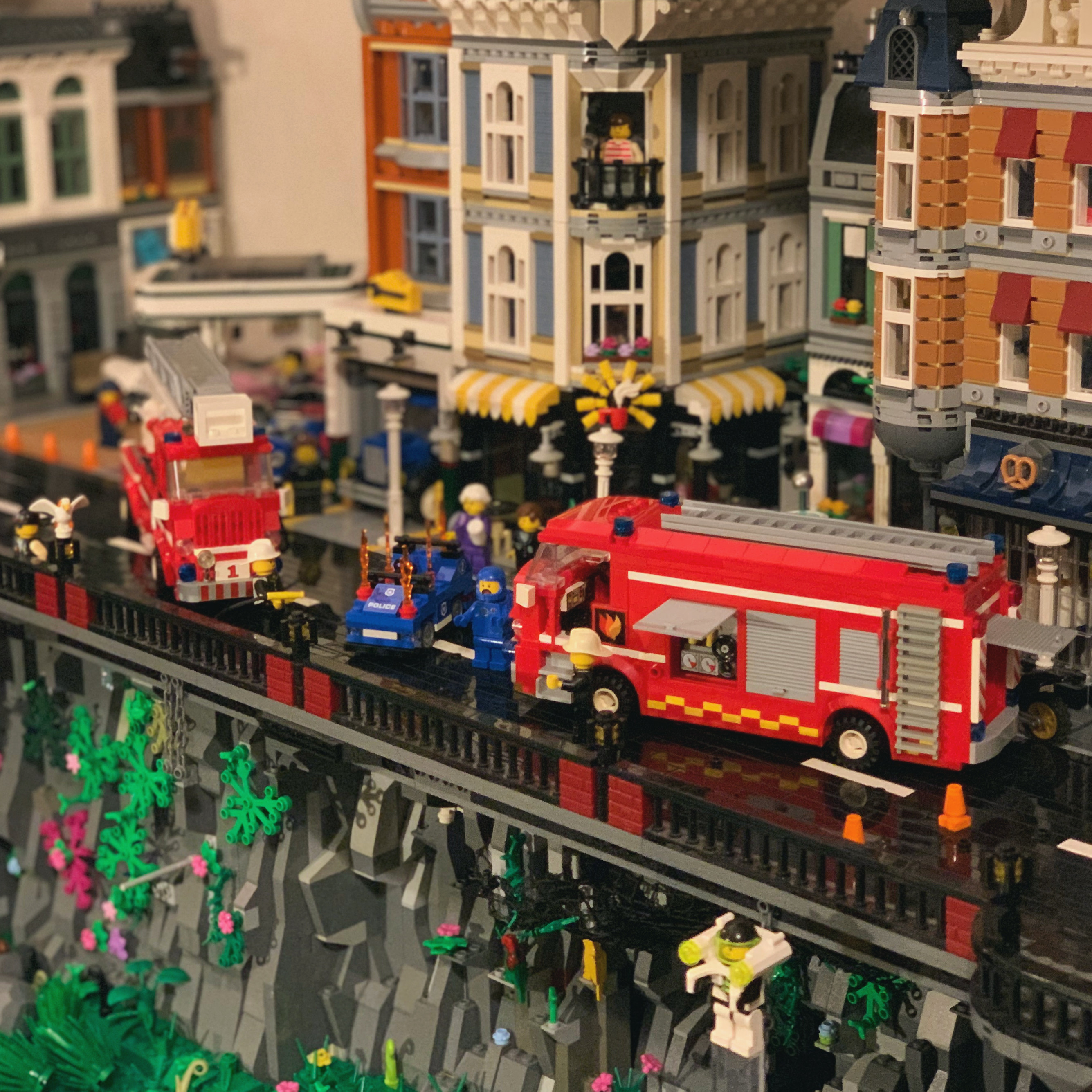 That face says it all…

And it wasn’t long before they were called into action!