I started this blog with the best of intentions but in addition to the list of instructions I need to make, the list of posts I need to write just gets longer.

Anyway, I last wrote in March about the 60197 engine redesign. I never did get round to building a matching tail unit but since then I’ve also finished rebuilding the 4564 and 4565 cargo train sets. The layout has been extended and the town has gained a big new engine shed plus a some new residents. All this was loads of fun and I’ll cover it all eventually (especially the shed) but for now I wanted to focus on one aspect of the 4565 redesign – the truck.

The 90s era was dominated by 4-wide vehicles, but there were a select few 6-wide trucks. The 6484 F1 Hauler is the best of the lot in my opinion but there were a handful of others including the container truck from 4565. It’s not the best looking LEGO truck ever made but it still has its charm.

One of the main features of my 4565 train is the modular cargo units. I built a bunch of different containers, all interchangeable and with space for a forklift to slide underneath, and connection points for chains to lift from above.

So the truck just needed to hold them securely in the same way the train did, just a little more compact. I also wanted something I could potentially reuse, first to make a fleet of cargo trucks and then to include other variants like a fire truck, wrecker, and so on. 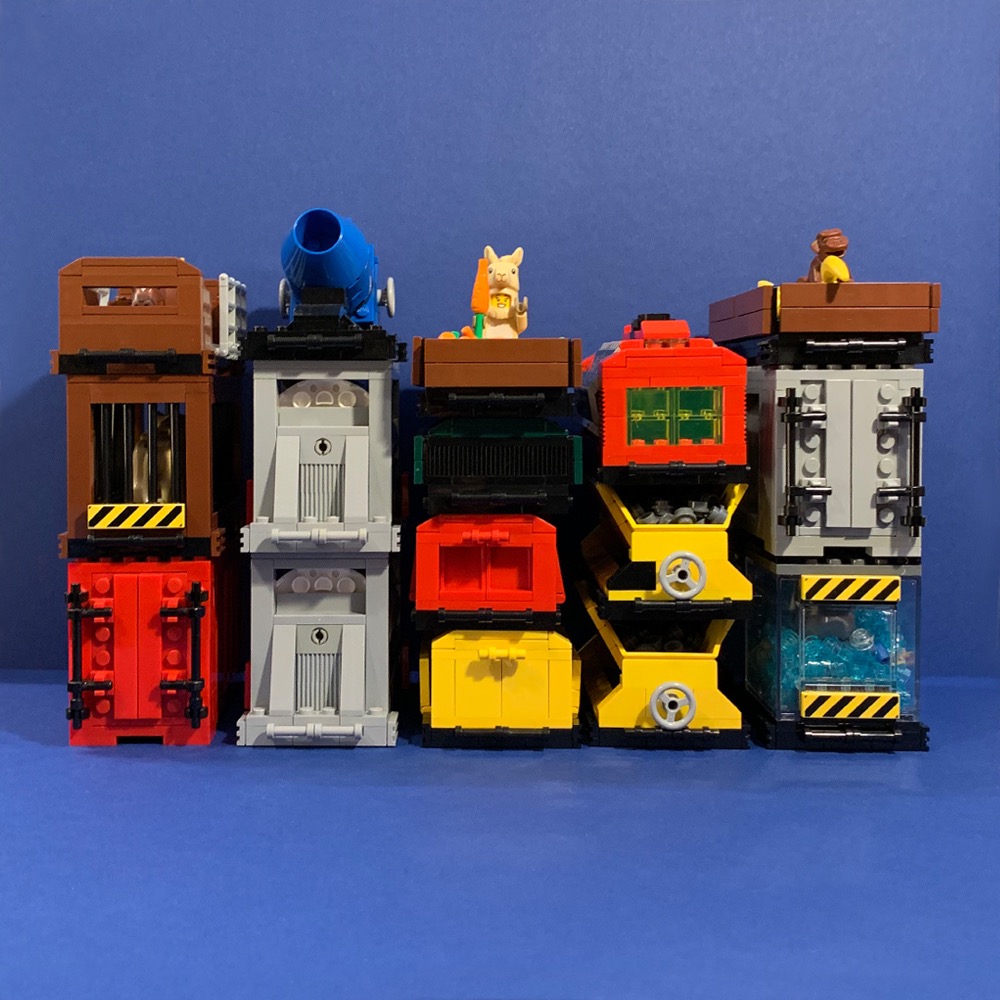 A selection of containers built for the 4565-Mk2

really love the styling of UK trucks from the 50s and 60s, particularly Foden and Atkinson models. The latter must have been stuck in the back of my subconscious while I built the truck because it took me a while to remember the name but the connection is evident, as you can see. First iteration of the 4565 truck redesign

You can see the Atkinson-style snubby nose and big round headlights. The front bumper, roof, wing mirrors, light covers and grilles can be switched up to give a different feels for different models but the basic cab design stays the same. After that, the bed can be customised and extended in whatever way is necessary. Here’s another version with a simple crane attachment on the back. 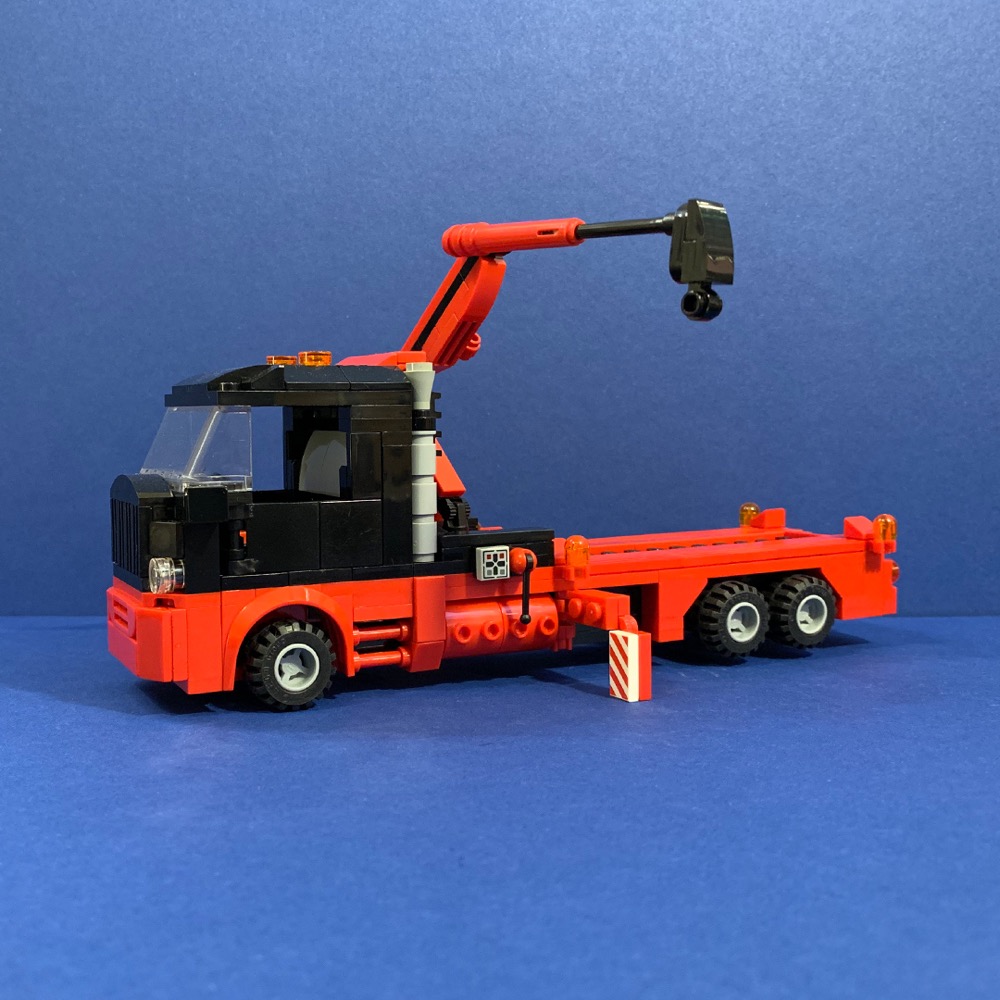 Second iteration of the 4565 truck redesign

This crane varient has a 3-stud wheelbase extension, allowing enough room behind the cab for the arm to fold and rotate, plus extra space behind the fuel tanks for the outriggers. At this scale, options for sturdy folding cranes are pretty limited but the locking hinge plates do surprisingly well. They can’t hold a full shark tank, but can easily handle lifting empty crates.

The next step was to make a shortened wheelbase version. That soon morphed into an ambulance, which at one point had a battery box and flashing lights. Someone decided that actually fitting a patient in the back might be more important, however, so the design was scaled back a bit… 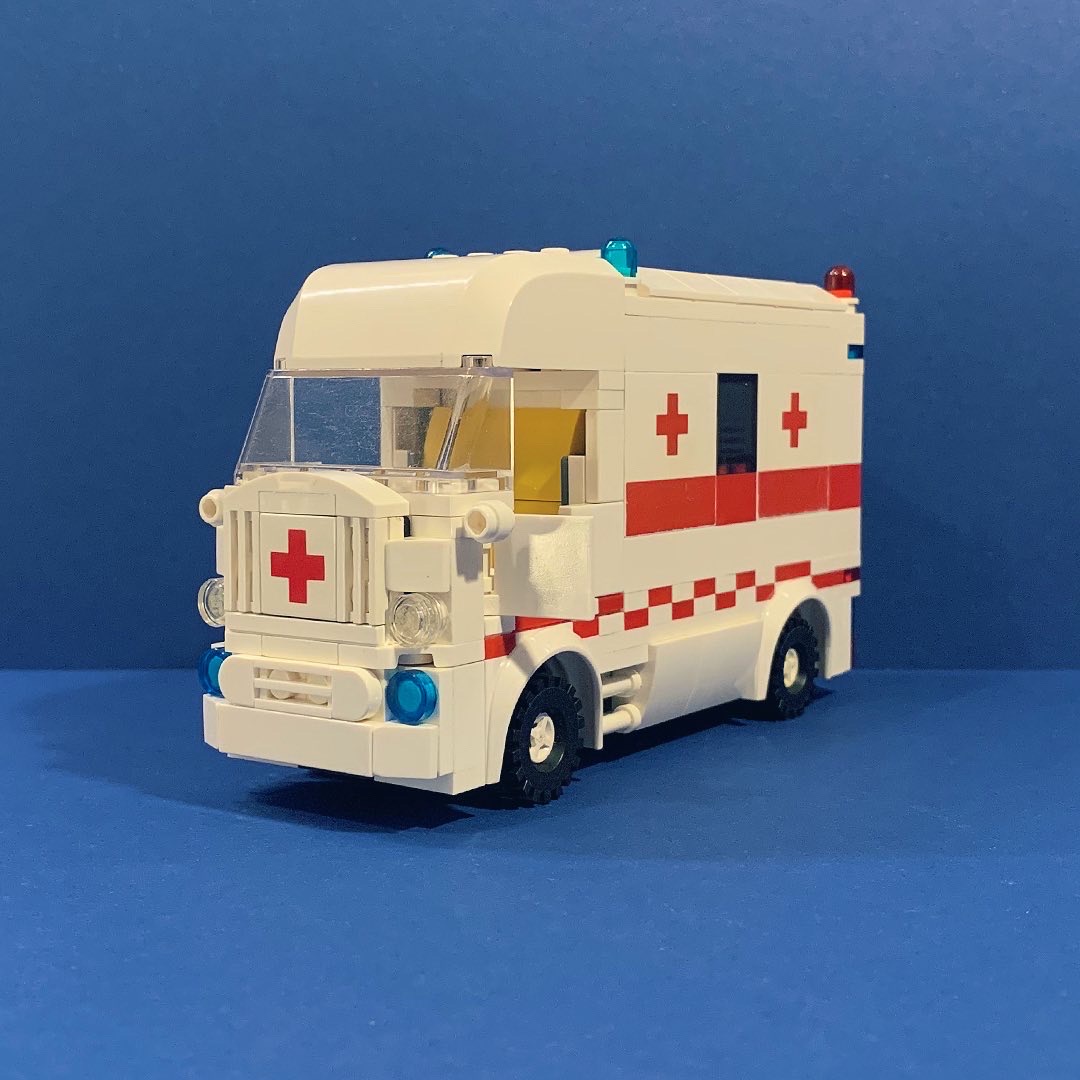 Where next? A cab forward version, fire trucks and of course another look at the 6484 F1 Hauler. Check out the next post to see how they turned out!